In this episode Carly and Jason go on big tangents.

From dramatic pauses, cupcakes from the cupboard and Sydney food, to first mobile phones and a visible panty network, this episode has everything you need to make you LOL.

Jason also has an epic marriage equality soapbox moment which is a must listen. And Carly just wants feta with her breakfast. The big issues people, the big issues.

We are eating cake and talking shit like we always do.

How to listen to podcasts 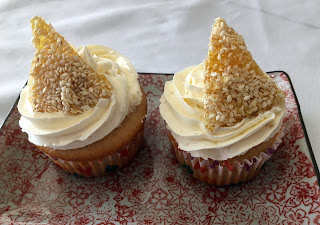 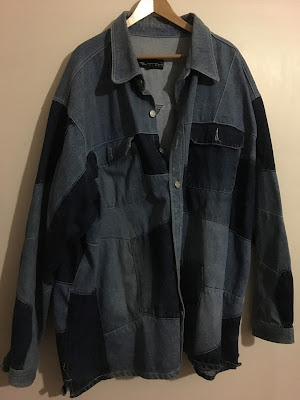 Seriously what was Jason thinking with this jacket?!?!?! 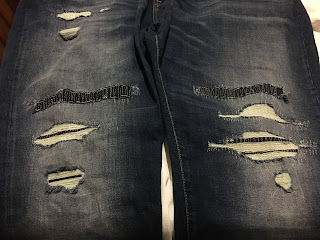 Don't forget to subscribe to our podcast on iTunes, and leave us a review.
Join our Facebook group too!
Posted by Refreshments Provided at 15:00 No comments:

Episode 36 It's a Yes for Marriage Equality

This episode is all about marriage equality so we open the mic to our listeners for their opinions and Jason calls his dad.

You can't be sure where the conversation will go but there should always be equality.....and refreshments provided!
A huge thank you to our listeners who shared their stories

Please don't forget to complete your Australian Marriage Law Postal survey and get it into a post box. 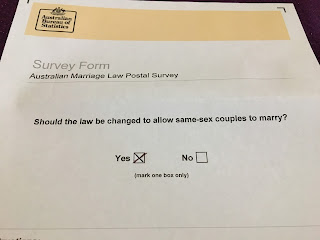 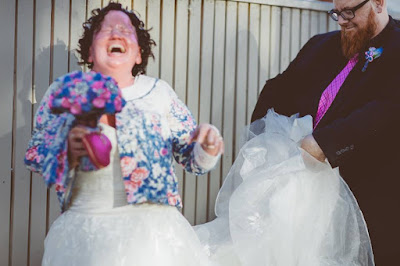 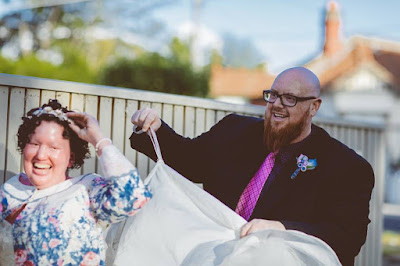 Jason was such the perfect groomsman that Carly is desperate to be his bridesmaid (groomsmaid??) 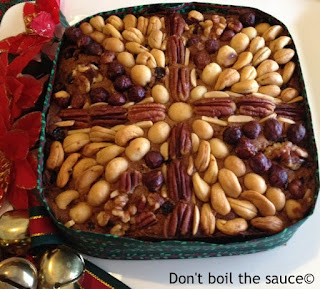 Message from a listener :

Noticed your request for soundbites about marriage equality. My partner and I are not out so I can't send you my voice, but if you're interested feel free to check out my statement below.

Love your advocacy work. thanks so much for being who you are and doing what you do. I've learnt heaps from you.

What marriage equality means to me:

Until not long ago I saw myself as a straight ally to the LGBTIQA community. While I never felt strictly straight, I enjoyed plenty of hetero-privilege on account of being a woman married to man. We have two kids, life in the 'burbs, the works.

Then my spouse realised they are in fact a trans woman.

When one person in an established, long term relationship realizes they're trans, it can obviously be a game changer for the relationship. Luckily for me, my partner is an amazing, beautiful person who loves me with all their heart; they are the least selfish person I know, who has shown me an unconditional love I didn't even know existed. Luckily for them, I'm a left-y feminist with very little attachment to prescribed gender roles. After the initial shock of their coming out (and it was a huge shock) had worn off, I realised that the things I cherish most about my spouse and our relationship have no relation whatsoever to them being masculine. We're together, and intend on staying that way.

Yet I remain wracked with anxiety. To the point where I'm struggling to parent, to work, and to generally get out of bed in the morning. The reason I feel like this is because we live in a homophobic and transphobic society. I can honestly say, that if society was cool with queer couples and trans people, then my spouse's transition would pose very little issue for me.

My husband becoming my wife is not an issue - in fact, I'm looking forward to a happier, healthier spouse - the problem is bigotry. The marriage equality "debate" is bringing that bigotry to my newsfeed every day. The things they're saying about our children are the most difficult to hear. The knowledge that our children will one day hear those things about their family has me in tears just writing this.

If marriage equality doesn't pass, and my spouse changes their gender on their birth certificate to reflect the reality that they're a woman, then we will have to get divorced. That's right Tony, by not legalizing SSM you're FORCING the biological parents of existing children to GET DIVORCED.

I realise our situation is in the minority within the LGBTIQA community. I realise we already have a huge amount of privilege on account of being white and middle class. At the same time, trans issues are not really being heard in the debate, and I wanted to make sure a few got heard."

Julie from Boob in a Box - Think of the child

Message from Clare:
"I think that it should've been solved by a free vote in parliament but since that can't happen because of stupid politics, I think everyone should just vote yes. For many many reasons – whether you're progressive or conservative. For me the issue is personal – I have friends and family who would love to get legally married but can't because of the current situation. It sucks. I think it's stupid that an opposite sex relationship (e.g. Self and boyfriend) is recognised more than a same-sex one (if my partner was a woman). 😡

Join our Facebook group
Rate and review us on iTunes
Posted by Refreshments Provided at 00:28 No comments:

Episode 35- I've just got some octopus in my mouth

Episode 35- I've just got some octopus in my mouth

In this episode, the pair share an amazing cheese platter, Jason reveals he has three middle names and Carly drops a bombshell - she watched a documentary on football. They also talk food and books. 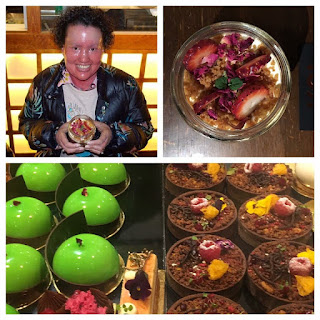 The Bach Eatery in Sydney 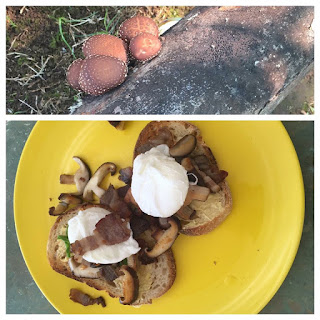 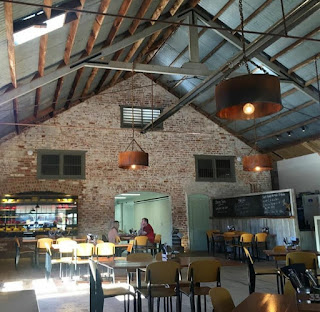 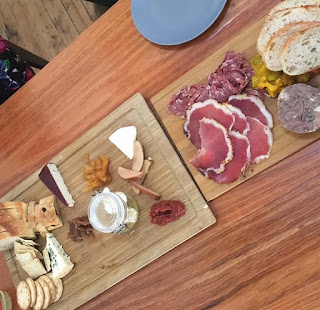 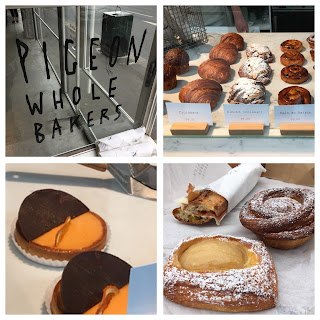 Coffee steak at Rockwell in Hobart 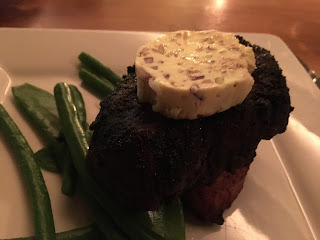 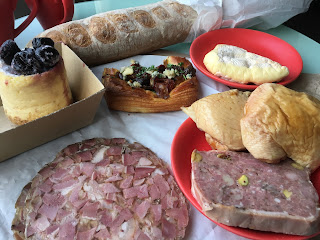 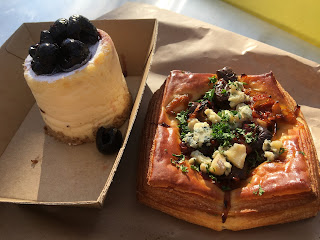 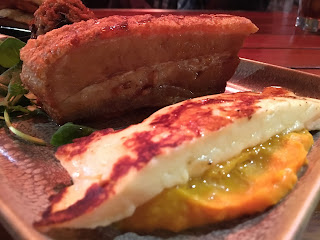 Nashi is a pear

Every Musical Ever Chicago podcast 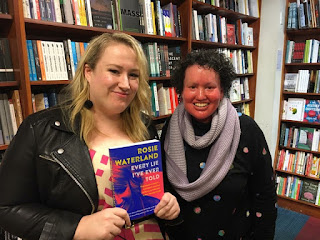 Join our Facebook group
Rate and review us on iTunes
Watch our recent Facebook live video
Posted by Refreshments Provided at 14:46 No comments: 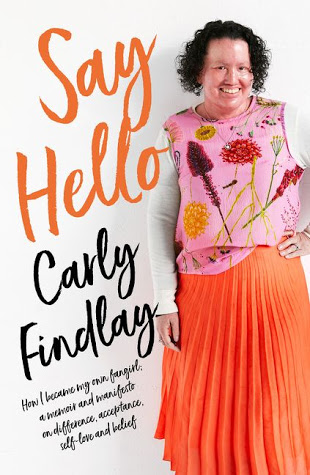